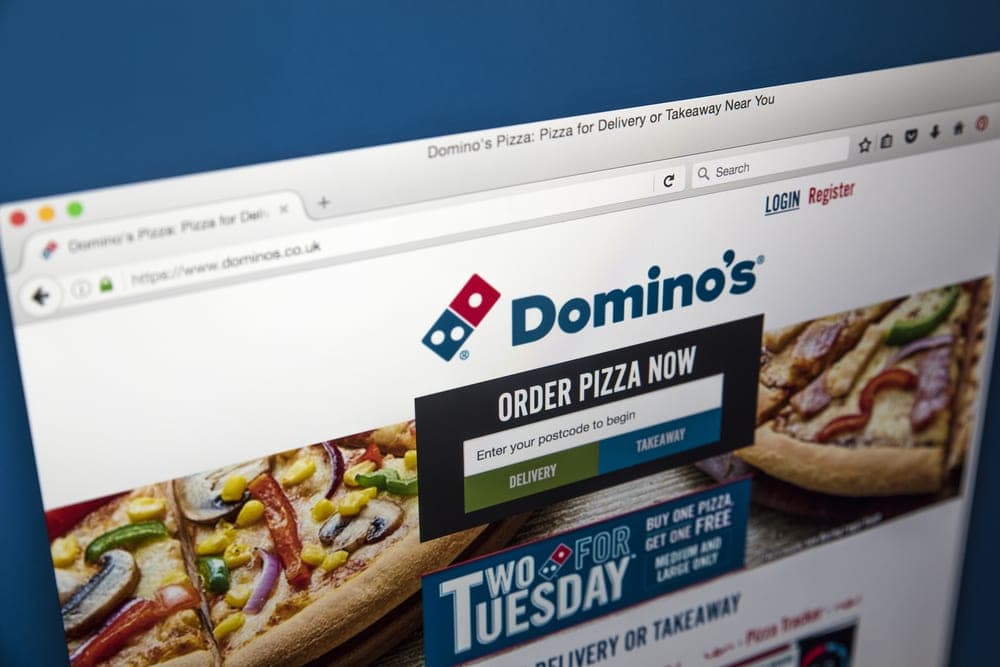 When it comes to QSR and mobile innovation, pizza seller Domino’s has earned itself a leading position. Now, thanks to a court case brought against the chain by a blind consumer, we can probably expect more innovation in the coming years to make eCommerce more accessible to people with disabilities.

On Monday (Oct. 7), the U.S. Supreme Court decided it would not hear a case brought against Domino’s by Guillermo Robles, who filed the suit three years ago. The suit accused the food chain of violating the Americans with Disabilities Act (ADA) because the company’s website lacked the software that would enable a blind consumer to order.

The Supreme Court’s order, according to reports, essentially opens the door to other such lawsuits – and could serve to increase the pressure on eCommerce operators to make their online and mobile stores accessible to consumers with disabilities.

Domino’s reportedly said it was disappointed with the decision and that it plans to keep fighting the case in lower courts. “Attorneys for Domino’s, backed by a range of business groups, had argued that the ADA does not apply to online platforms that were not envisioned when the law was passed in 1990,” according to CNBC. “And, they said, no clear rules exist for how to make their platforms properly accessible.”

That outlet and others reported that cases involving website accessibility – or the lack thereof – are on the rise.

Some 2,220 such suits were filed last year in federal court, according to accessible software provider UsableNet. That’s a 181 percent increase over 2017. The reasons, according to that company’s research? A lack of federal standards about how to apply ADA protections to the online and mobile worlds, and the lack of action toward accessibility on the part of businesses – which itself is becoming more of an issue as more people, including those with disabilities, come to rely on the web for daily activities and needs.

“They affect companies large and small over a wide range of industries in communities at home and abroad. Insufficient progress toward accessibility by industry and unclear government guidance have only contributed to the problem,” the company said in a summary of its research on this issue. “Although many industries are involved across the cases, six stand out for the additional attention they get. Retail, food service, travel/hospitality, banking/financial, entertainment and leisure, and self-service have the majority of cases, reflecting a general pattern over 2017 and 2018 toward these types of organizations.”

Domino’s stands out for its retail innovations. Drivers craving pizza while on the road are gaining the ability to order Domino’s right from their car touchscreens, according to reports. Millions of connected cars with compatible touchscreens will have the Domino’s AnyWare ordering platform loaded in the coming months, according to plans. Domino’s partnered with Xevo for the service, which will be available in some GM and Hyundai models. The touchscreen platform can also find nearby stores and call in orders through the vehicle interface.

Domino’s has been pushing into all kinds of new technologies, including ordering from smartwatches, TVs, Alexa and Google Home. It also delivers to non-traditional locations like zoos, beaches and park benches. In addition, the chain recently partnered with addressing company what3words to deliver to places and regions without easily discernible address locations.

Other digital players are also making inroads in serving people who have disabilities. For instance, Google has announced the launch of Action Blocks, a new tool that allows people with cognitive disabilities to build Google Assistant commands. “Think about the last time you did something seemingly simple on your phone, like booking a rideshare. To do this, you had to unlock your phone, find the right app and type in your pickup location,” Ajit Narayanan, staff software engineer for accessibility, wrote in a blog post. “The process required you to read and write, remember your selections and focus for several minutes at a time. For the 630 million people in the world with some form of cognitive disability, it’s not that easy. So we’ve been experimenting with how the Assistant and Android can work together to reduce the complexity of these tasks for people with cognitive disabilities.”

He went on to explain how a Googler named Lorenzo Caggioni used the Assistant to create a device called DIVA for his brother, who is legally blind, deaf and has Down syndrome. The device enables people with disabilities to interact with the Assistant in a nonverbal way. As Narayanan pointed out, DIVA was the starting point for Action Blocks, which allows a person to add Assistant commands to the home screen of their Android phone or tablet with a custom image that serves as a visual cue. For example, an image of a cab can serve as the icon for a command such as ordering a rideshare.

This recent case involving Domino’s could lead to more such moves by digital players.

PrevPreviousSupreme Court hands victory to blind man who sued Domino’s over site accessibility
NextThe Supreme Court Denies Domino’s Petition in a Win for Disability RightsNext
Working on a website can be difficult. Adding new media and updating pages is chore, even though you know your company website needs to evolve and become more accessible to the many users you are trying to reach. Maybe when you first built it, accessibility wasn’t even really discussed. But now you’ve taken a step back, looked at your customer base with a desire to include everyone and you’ve realized just how important it is to make your site accessible. However, the thought of building a robust site that can do all the things you want it to do is overwhelming.